Dubai Electricity & Water Authority (DEWA) will spend USD 23 billion on energy projects over the next five years, with renewables accounting for a growing share of electricity output.

Speaking during a virtual press event on 27 October, Saeed Mohammed al-Tayer, CEO of DEWA, said that USD 23 billion would be invested on new generation projects, including renewable energy schemes, and transmission and distribution (T&D) networks.

A significant amount of the planned investments over the next five years will be in the renewable energy sector, with Dubai planning for clean energy resources to meet 75 per cent of the emirate’s energy demand by 2050.

DEWA signed the power purchase agreement (PPA) with Saudi Arabia’s Acwa Power for the 900MW fifth phase project in April. The PPA was signed for a levelised cost of electricity (LCOE) tariff of $cents1.6953/kWh, one of the lowest PV solar tariffs in the world.

The MBR solar park is planned to have a total installed capacity of 5,000MW by 2030. The park currently has 1,013MW of PV solar capacity under operation, with 1,850MW of PV and concentrated solar power (CSP) capacity currently under construction. 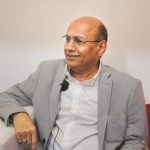 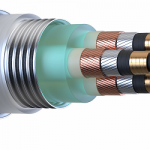 Nearly 46,000 Bihar Villages To Be Connected With Optical...