With the ‘Bharat Net’ initiative, out of 382 gram panchayats in Karnal, optical fibre cabling of 288 panchayats has been completed.

On the occasion of the 55th foundation day of Haryana, Chief Minister Manohar Lal Khattar equipped 288 chaupals of Karnal district with Wi-Fi under Bharat Net Project.

While inaugurating the e-chaupal programme at Karnal, Khattar also interacted with the sarpanches of various beneficiary villages of the scheme.

“With the facility of Wi-Fi, people will now have access to more than 550 government schemes and services at a lesser price. Now they will no longer be required to visit the government offices time and again. Out of 382 gram panchayats in Karnal, optical fibre cabling of 288 panchayats has been completed while internet and Wi-Fi facility is functioning smoothly in 225 gram panchayats. This is the result of the hard work of Information Technology (IT), BharatNet and Common Service Centres and it is the need of the hour. Mobiles and computers are used both in villages and cities. In fact, even watches have been connected to the Internet,” Khattar said.

Elaborating further, the CM said, “The revolution in telecommunication has bridged the gap between people and now anyone can communicate while sitting at home to any part of the country or world. Earlier, people had to visit government offices for various works. However, due to Internet, now people can do their work while sitting at home. The Internet charges are also very nominal and a person can use the Internet by spending only Rs 10, which can be increased as per requirement.”

“People can now take advantage of 550 services and schemes as all the related forms are available online in Haryana,” Khattar added.

The national head of Common Service Centre Provider Service, Manish Aggarwal, said, “Out of total 6,188 gram panchayats in the country, 5,079 have become Wi-Fi-enabled. Similarly, there are Wi-Fi hot spots in about 4,743 panchayats, fibre wiring has been done in 16,009 houses, while BSNL has been installed in 11,000 villages at the above-mentioned government locations. Moreover, BBNL Net service of BharatNet is providing free Wi-Fi facility for one year.” 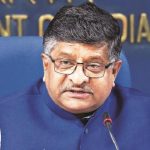 Nearly 46,000 Bihar Villages To Be Connected With Optical Fibre Network In Next 6-7 Months: RS Prasad 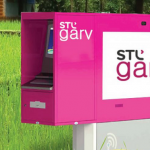