With the acquisition of a 51% stake, Torrent Power is also looking to participate in new opportunities coming up in the sector in renewable generation, transmission, and privatization.

Ahmedabad-based Torrent Power Limited has emerged as the highest bidder for the sale of 51 percent stake in the power distribution company in the union territory (UT) of Dadra & Nagar Haveli and Daman & Diu.

The acquisition of 51% stake in the power distribution company by Torrent Power is subject to further formalities as prescribed under the tender documents. The bidding for the distribution business of the UT has been undertaken as part of the Government of India’s initiative to privatize distribution utilities of UTs to usher in efficiency.

Torrent Power currently distributes nearly 16.66 billion units to over 3.65 million customers in the cities of Ahmedabad, Gandhinagar, Surat, Dahej SEZ and Dholera SIR in Gujarat; Bhiwandi, Shil, Mumbra and Kalwa in Maharashtra and Agra in Uttar Pradesh. With the addition of Dadra & Nagar Haveli (including Silvasa) and Daman & Diu, Torrent will distribute nearly 25 billion units to over 3.8 million customers and cater a peak demand of over 5000 MW.

According to Torrent Group’s chairman Samir Mehta, with this acquisition, Torrent Power will be entrusted with the responsibility to distribute over 25 billion units of power, which is equivalent to around two percent of India’s total power consumption. “This acquisition will significantly strengthen Torrent’s position as the leading power distribution company in the country with a presence in 12 cities spread across 3 States and 1 Union Territory,” said Mehta.

The distribution business in the UT of Dadra & Nagar Haveli and Daman & Diu is spread across a geographical area of 603 sq kms, ringing an annual revenue of approximately Rs 4500 crore with annual sales of 9000 million units from roughly 150,000 consumers.

Currently, Torrent Power carries a debt:equity ratio of 0.79 as on December 31, 2020 and net debt to earnings before interest, tax, depreciation and amortization (EBITDA) ratio of 2.18 for FY 2019-20. The company is open to participate in new opportunities coming up in the sector in renewable generation, transmission and privatisation of state-owned distribution circles.

In its licensed areas in Gujarat, Torrent Power has one of the lowest aggregate technical and commercial (AT&C) losses of 4.53 percent. 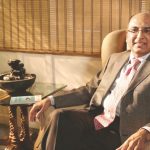 Finolex Cables: Ready for NEXT MILESTONE 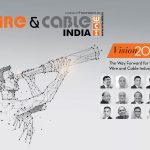