The subsea cable system will be built by 2024, with the objective to meet the growing demand for bandwidth in the Asia-Pacific region.

With the objective to meet the growing demand for bandwidth in the Asia-Pacific (APAC) region, a new subsea cable system linking Southeast Asia and North America will be built by 2024. Regarded as the largest capacity high-speed transmission cable across the Pacific Ocean, the 15,000km long Bitfrost cable system will connect Singapore, Indonesia, the Philippines, Guam and the west coast of North America through the Java Sea and the Celebes Sea.

The project is being built by Singaporean conglomerate Keppel, social media giant Facebook and Telin, an Indonesian datacentre and carrier services provider. Keppel’s share of the total project cost as a joint partner will be approximately USD 350 mn. The three parties have appointed Alcatel Submarine Networks to supply and install the cable system.

On the cable’s benefit to Indonesia, Telin CEO Sukardi Silalahi noted that Bitfrost will cater to a massive demand for internet services in Southeast Asia’s biggest economy whose online businesses have contributed significantly to economic growth.

In 2019, the 9,000km Indigo cable was built by a consortium comprising Google, Indosat Ooredoo, Singtel and Telstra, among other stakeholders, to connect Singapore and Perth, and onwards to Sydney. More recently, a USD 1.5bn datacentre and subsea cable project were announced to link Perth and Darwin to the rest of the APAC region. It will offer less than half the network latency to Asia compared with a Sydney-to-Singapore connection and is set to boost digital investments in northwest Australia. 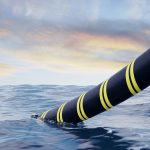 Submarine Cable to Connect 10.5 GW Wind-Solar Complex in Morocco to the UK Grid 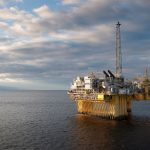