The project would supply power to the Darwin region and to Singapore via a 4,500 km high-voltage direct-current transmission network, including a 750-kilometre overhead transmission line and a 3,800 km submarine cable from Darwin to Singapore, via Indonesia.

The AAPL project includes the construction of a 14 GW solar farm and around 33 GWh battery energy storage systems near Elliot in the Barkly Region of the Northern Territory. The proposition is for the power generated at the farm to be exported to Singapore via HVDC cables, in addition to domestic use.

The first stage of the proposed manufacturing facility will pilot a semi-automated production line which will provide opportunities to supply other solar farms across northern Australia with the Maverick solar array systems. Phase two, it said, will comprise the facility’s expansion to manufacture systems for the AAPL and establish a logistics and distribution centre so that material and equipment can be transported by rail to Sun Cable’s proposed 14 GW solar farm site on a 12,000-hectare site at Powell Creek.

A statement explained, “This application is an important step in the ongoing development of the Australia-ASEAN Power Link (AAPL); a solar energy infrastructure network that will provide Darwin and Singapore with competitively priced, dispatchable, high volume renewable electricity from 2026 and 2027 respectively.”

It is expected that the project will supply power to the Darwin region and to Singapore via a 4,500 km high-voltage direct-current transmission network, including a 750-kilometre overhead transmission line from the solar farm in Powell Creek to Darwin and a 3,800 km submarine cable from Darwin to Singapore, via Indonesia. The renewable electricity generation of this project, accorded with Major Project Status, is expected to power more than 3 million homes a year.

“It will inject USD 8 billion into the local economy and generate over USD 1 billion in exports per annum. The provision of renewable energy to the NT will support the establishment of sustainable development precincts and power new low emissions manufacturing businesses,” its statement said. 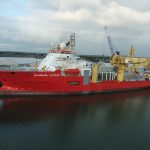 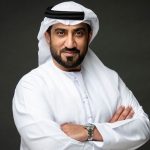