At 45,000 km, the 2Africa cable is set to become the longest submarine cable ever deployed. Carried by a consortium of international operators, the system will be operational in 2023.

The 2Africa consortium, comprised of China Mobile International, Meta, MTN GlobalConnect, Orange, STC, Telecom Egypt, Vodafone, and WIOCC, would be landing the 2Africa cable in Marseille, France. 2Africa, which is touted to be the largest subsea cable project in the world, is expected to connect 33 countries from 2023, delivering faster & more reliable internet service to each country. It lands and links three continents: Africa, Europe and Asia. The arrival in Marseille follows successful European landings in Genoa, Italy and Barcelona, Spain earlier this year.

Vodafone, the landing partner in Marseille, has partnered with the Port of Marseille Fos and Digital Realty, the world’s largest provider of the carrier-neutral data centre, colocation and interconnection solutions to telecom and cloud providers, to land the world’s most extended submarine cable. With the landing of this cable, the city of Marseille strengthens its position as a data exchange hotspot and aims to become one of the top five Internet hubs internationally.

At 45,000 km, the 2Africa cable is set to become the most extended submarine cable ever deployed. Carried by a consortium of international operators, the system will be operational in 2023, have a nominal capacity of up to 180 Tb/s and comprise 16 fiber pairs. With the potential to connect more than three billion people across Africa, Europe and Asia, it should ultimately increase the economic potential of the African continent tenfold, promote data transfer and develop business opportunities. 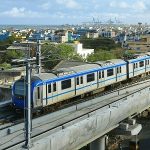