The new bullet train lines are anticipated to bring in huge infrastructural upsurge and drive the demand for wires and cables.

At a time when Mumbai-Ahmedabad high-speed bullet train project is moving at snail’s pace; the Government of India is looking at two new lines; Mumbai-Nashik-Nagpur and Mumbai-Pune-Hyderabad. The railway authorities claim that while the first route is within the state. The second is going to connect in phases and then head towards Hyderabad.

These two bullet train lines will connect major cities in Maharashtra, which otherwise isn’t the case with the first high-speed rail line which the state government claims that it will mainly help the neighboring state. The Indian Railways is exploring whether the corridors would be viable to run high-speed bullet trains with speeds above 300 kmph.

As reported in a leading daily, surveys are being done for 741 km long high-speed rail corridor from Mumbai to Nagpur via Nashik — and Mumbai-Pune-Hyderabad of 711 km is also being surveyed. In the Union Budget 2021-22 announced by Nirmala Sitharaman, the Indian Railways has been provided funds of INR 1.10 lakh crore of which INR 1.07 lakh crore will be allotted for capital expenditure. 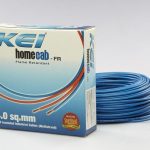 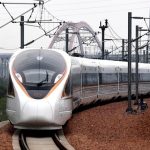