The work on Varanasi-Delhi bullet train project has gained momentum — and is anticipated to bring in huge infrastructural upsurge and drive the demand for wires and cables.

Over three years after Prime Minister Narendra Modi laid the foundation stone of India’s first 508-km Mumbai-Ahmedabad High-Speed Rail corridor, the work on the second such rail corridor in the country — on the Delhi-Varanasi route — has gained momentum.

An aerial LiDAR survey of the 800-km Delhi-Varanasi High-Speed Rail (DVHSR) corridor has now been undertaken by the Railways as part of the project to connect PM Modi’s parliamentary constituency with the national capital through the bullet train.

The National High-Speed Rail Corporation Limited (NHSRCL) launched the LiDAR survey for the Delhi-Varanasi route from Uttar Pradesh’s Greater Noida, wherein a helicopter fitted with state-of-the-art aerial LiDAR and imagery sensors will capture data related to the ground survey along the proposed route. 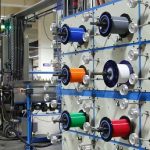 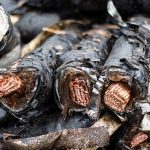