In the past few years, there’s been a gradual build up in the demand for electron beam processing in wires and cables. In view of the rising prevalence of the processing technique, team Wire & Cable India has initiated an editorial feature to present an insightful article on the know-how of the technique, the outlook of the prominent players in the wire and cable sector – Polycab, Thermo Cables, Anand International, Apar Industries, and Vindhya Telelinks on this advancement, and the various advantages that E-beam offers as compared to the conventional curing processes.

Electron beam (E-beam) processing is a technology that has a diverse range of commercial, medical and industrial applications. It provides an effective and efficient means to give rise to favorable changes in the properties and the performance of polymers and a range of other materials. The technology is also widely used for the sterilization of medical devices, pharmaceuticals and cosmetics.

In the wire and cable industry, E-beam irradiation provides enhanced cross-linking and polymer modification for wire, cable, and tubing products. The processing technique, more often than not, doesn’t require any additives, nor does it generate any hazardous chemical by-products. In addition, the E-beam cross-linking does not require the hours of cure time needed for other conventional chemical cross-linking methods. This is an energy-efficient process, and the minimal amount of exposure time helps ensure high throughputs.

The history of electron beam technology can be traced back to the year 1869 with the experiments by physicists Hittorf and Crookes who first tried to generate cathode rays in gases. These cathode rays were an interesting physical phenomenon and this led to the discovery of a particular type of ray by Roentgen (1895), Thompson (1897) and Millikan (1905), which were described as “fast moving electrons”. However, at that time, the heat generated by the impact of the electrons was considered rather to have a damaging effect in those experiments and attempts were made to prevent this by means of cooling. In the following time, more and more scientists experimented with electron beam technology, which led to the development of oscillographs, microscopes and the drilling of metals.

In recent years, the electron beam processing is now getting widely used for medical and industrial applications. Also, with a series of advancements made in this technology, electron beam accelerators are regarded as reliable and durable equipment that can produce ionizing radiation for a number of applications. On the industrial scale, accelerators are used to generate electrons in between 0.1-100 MeV energy range. These accelerators are used mainly in plastics, automotive, wire and electric cables, semiconductors, healthcare, aerospace and environmental industries, as well as numerous researches.

Cross-linking of Wires and Cables with E-Beam

Electron beam cross-linking of wire insulation and cable jackets is usually done with electron energies in the range from 500 keV to 1.5 MeV, although some facilities use higher energies up to 3 MeV. The energy is determined by the thickness, density and atomic composition of the insulation and the diameter of the conductor. The processing technique is highly precise as the stability of the small electron beam diameter in the focus is the basis for high geometrical precision.

Elaborating on the gradual demand shift, the growing potential of the E-Beam wires and cables and their role, Mr. N Srinivasa Rao, President, Thermo Cables Limited says that “with an estimated potential of Rs. 2,000 crore per year in the domestic market for E-beam wires and cables, we would like to have as much share as possible from this consistently rising demand. We are educating our customers about the advantages of the E-beam cables over conventional cables.”

Emphasizing upon the numerous benefits of the E-Beam processing technique, Mr. K R Chandrasekhar, Executive V.P., Polycab India Limited, says: “the E-beam curing process has a number of advantages over other conventional curing processes including the fact that it is an eco-friendly and green process causing zero environmental pollution.”

Time is not far when EBXL wires and cables will be soon replacing the normal cables in key strategic applications – in fact, the process has already begun with various companies offering E-beam cables for the past few years. However, the market for e-beam cables in India is yet to achieve a considerable benchmark and fulfill the industry’s expectations. 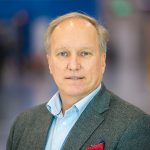 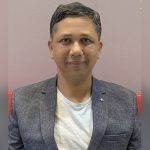