With 19% of the total revenue for FY21 contributing to the cable business, Apar Industries maintained a good growth trajectory— specifically with a 21.2% YoY revenue gain from OFC/telecom cables and exports.

Apar Industries’ cable division export contributed 20% to revenue in FY21, up from 17.2% in FY20. Notably, during this period, the OFC/telecom cables revenue rose to 21.2% YoY.

The power cable segment continues to be highly competitive for the industry. Also, the elasto/ebeam cable business was also affected due to reduced off-take in the solar, wind, railways and defence sector. However, with a strong PAT, Apar Industries has been able to deliver resilient performance despite multiple waves of COVID-19 hitting plant operations, logistics and both domestic and global demand.

Apar is one of the world’s largest manufacturers of specialized cables and is a top-ranked cable provider for domestic renewables with a 60% share in the wind sector. It is also the first Indian player to create guidance OFC for torpedoes & tether cables for surveillance systems. The Company has also set up India’s most advanced E-beam facility and is known for manufacturing CATV/broadband fibre optic cables etc. 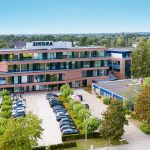 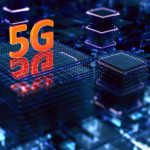