India holds the position of being fourth in the wind farms worldwide market at 100 meters hub height, after China, US and Germany. According to MNRE, India has a great potential of 300 GW wind capacity onshore, with an additional potential of 195GW in offshore and floating wind farms.

The overall Indian energy capacity is currently at 370GW, among which 54% is coal, and 25% is constituted by renewable including 40GW wind energy. The next step will be to attain 175GW of renewable energy in 2022, including 60GW wind onshore and 5GW wind offshore. The goal for 2030 is to be at 450GW renewable energy that will include 140GW of wind energy.

Despite the challenges caused by the pandemic, some favorable initiatives have kept occurring in 2020 to reach this goal, encouraged by the dedication and judicious planning of the Ministry of New and Renewable Energy, (MNRE) which has greatly contributed to the wave planning issues and solving uncertainties. One of the major issues for developing renewable energy farms is land acquisition. The MNRE has announced the plans to offer land near the major ports to build solar equipment factories. It has facilitated land access for a new 30GW solar energy project in the desert areas in Gujarat and Rajasthan. Moreover, Delhi also decided to shut down a thermal plant in Raj Ghat and convert it into a 5MW solar park. The customs/excise exemptions have been implemented to boost the solar rooftop sector.

Indeed, India is already successful, being the 4th in the worldwide wind farms market at 100 meters hub height, after China, US and Germany. As per the MNRE, India has a great potential of 300 GW wind capacity onshore, with an additional potential of 195GW in offshore and floating wind farms thanks to its 7600 kms coastal length. The wind energy is also competitive, being 30% cheaper than coal.

To achieve these strong ambitions and leverage these assets, it is of paramount importance that India continues to boost the number of renewable projects to fulfill its aim of reaching 450GW in renewable energy-segment, thus reducing the carbon footprint, and oil import dependency. This growth will correspondingly accompany the substantial industrial and economic development in India. Within ten years, it is projected that the Indian electricity demands will double in a market of 1.5 billion people, and will surpass the European total consumption.

One concern raised by the detractors of renewable energy is that it is very much dependent upon the natural elements. As the sun goes down and the wind abates, less energy is produced, endangering the grid’s capacity to deliver power to the consumers. Alternatively, when natural conditions are such that the energy is produced in excess, it can damage the equipment and would lead the operators to sell that at a marginal price, or export.

Hence, the increasing share of renewable energy in the overall energy-mix leads to the very valid question of – how to ensure reliability of the supply and prevent energy waste with a limited conventional generation contribution?

Additionally, the distance between the renewable farms and the grid raises another challenge, especially in the case of the offshore farms.

The answer to both the concerns lies in energy-storage. It is an effective solution enabling the grid-stability and absorbing the weather variations in renewable energy. The energy storage is already operational in Australia where Tesla operates a large battery storage plant of 100MW lithium-ion that will complement the state’s commitment to renewables. The battery plant is placed near the wind farms and connects to the transmission grid, enabling storing unconsumed renewable energy and releasing it back into the grid during the times of peak in demand.

Prysmian develops and supplies energy cables and smart solutions for wind and solar projects. The Company works with key operators as well as with EPCs and utilities in India and worldwide. Each project is assessed and addressed with the almost complete cable solutions for the renewable projects with low, medium, high-tension cables, control and instrumentation, optical fiber cables, and accessories. Our cables are designed for twisting at high and low temperatures in accordance with the standards for the connection from the generator to the transformer down the tower. To minimize the offshore installation times, the cable-ends can be prepared onshore and then installed and clamped inside the offshore turbine.

Prysmian has developed sturdy and resilient cable solutions for the wind projects to fulfill the most stringent conditions (UV, saline, vibrations, abrasion, torsion, elongation) in the last few decades. We also supply the high (66kV)/extra high voltage (220kV to 400kV) underground or submarine cables for the power evacuation from the renewable projects to the substations and grids.

Our recent innovations have enabled higher cables ampacity and thermal rating 105ºC operating, thanks to the compact conductors with a diameter reduced by almost 10%, and copper neutrals reduced by 30%. In addition, we have redesigned the flat cross-linked jacket, longitudinally water-blocked material technologies, and the outer jacket to achieve material reduction by 10%. 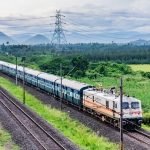 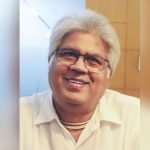