A meeting was recently held by the union power ministry on the issue that was also attended by the officials of the Central Electricity Authority (CEA), India’s apex power sector planning body, the cyclone-affected states and state-run power sector firms.

The Indian government is working on a strategy to construct cyclone-resistant power distribution and transmission infrastructure, given the frequency with which cyclones affect India’s eastern and western coasts. People familiar with the situation say that this will ensure that the coastal states have power during these major weather occurrences.

According to media reports — the aim is to build cyclone-resistant infrastructure in the coastal area up to 20 kilometres from the coast, and then gradually up to 60 kilometres, as part of this masterplan. Ensuring uninterrupted electricity supply holds the key to running emergency services such as hospitals, medical oxygen plants and test labs.

The development assumes significance given that power and communication poles were uprooted during cyclones Tauktae and Yaas the affected regions.

Some of these measures to be taken by the state-run electricity distribution companies (discoms) involve, using insulated aerial bunched cables for 11 kV and low-tension power links, setting up flood protection walls and using epoxy-based paint coating for protecting steel structures such as electricity poles from corrosion. 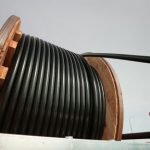 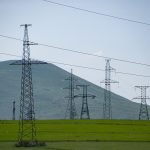