As we are ushering into a new era of growing power transmission infrastructure, it is going to be an affirmative influence for the further growth of the wire & cable sector.

It goes without saying that the growth of the power sector is contingent on the development of a robust power transmission network. Over the past decades, the total power capacity has witnessed commendable growth both in the installed capacity and transmission & distribution (T&D) system. As per a report by IBEF – ‘Power Sector in India’, the power consumption is estimated to reach 1894.7 TW in 2022 and the total FDI inflow in the sector has reached USD 15.36 billion between April 2000 and December 2020.

Since India gained independence in 1947, the central and state governments have launched a number of schemes and initiatives aimed at improving the operations and financial condition of power distribution companies (discoms). The power sector has seen multiple interventions by the government in – financial restructuring, operations, infrastructure, and technology improvements (APDRP 2001, R-APDRP/IPDS 2008, DDUGJY 2014 & SAUBHAGYA 2017, Smart Grid Pilot project 2012 & NSGM 2015), and structural reform (Electricity Act 2003). UDAY (Ujwal Discom Assurance Yojana) scheme, launched in November 2015, is an attempt to address the severe financial stress due to the accumulation of debt by the discoms, with a focus on improving the overall efficiency and financial turnaround.

Recently, the Union Cabinet Committee of Economic Affairs has given its approval to a new scheme worth INR 3.03 lakh crore started with the aim to revive the power distribution sector in India. This is the second reform scheme for power discoms announced by the BJP-led government, a year after the UDAY scheme has concluded.

1.41 lakh circuit km of transmission lines have been added in the past six years.

The total electricity generation including generation from renewable sources in the country during the year 2020-21 (Upto December) was 1017.835 BU as against the generation of 1055.806 BU during the corresponding period last year, showing negative growth of 3.60 percent, mainly due to COVID pandemic.

An extensive network of transmission lines has been developed over the years for evacuating power produced by different electricity generating stations and distributing the same to the consumers.

UDAY or Ujwal Discom Assurance Yojna was launched in November 2015 to help loss-making discoms turn around financially, with support from their state governments.

Within the UDAY scheme, the states were advised to clear their government department dues and ensure monthly clearance of the same; put in place a strict system of energy accounting; ensure timely payment of subsidy every month; begin a campaign to reduce AT&C losses; and conversion of all consumer meters into smart prepaid meters/prepaid meters in a period of three years.

Issues in the Power Distribution Sector

Inadequate last mile connectivity: The country has adequate generation and transmission capacity to meet consumer demand. However, there is a discrepancy in the last-mile connectivity between all electricity consumers and a reliable power supply. One of the major reasons for this situation is the inadequate transmission capacity, not matching the generation capacities and load requirements.

Reasons for financial losses of discoms:

Technical Loss: It is due to the flow of power in the transmission and distribution system.

Almost 25 percent of the power is lost, and never gets billed.

Commercial Loss: It is due to the theft of electricity, deficiencies in metering, etc.

The UDAY scheme resulted in some positives:

Cabinet Committee on Economic Affairs (CCEA) has approved a five-year-long reform-based result-linked power distribution scheme worth INR 3.03 lakh crore. Speaking about the scheme, Power Minister R.K. Singh said, “We have done a lot for power distribution reforms. It needs to be strengthened. Today, the Cabinet has approved the new scheme worth INR 3.03 lakh crore, including INR 97,000 crore central outlay.”

He said the funds would be given to power distribution companies (discoms) to strengthen their system. The Reform-Based Result-Linked Power Distribution Scheme was announced in Budget earlier this year.

The scheme has been started with the objective of improving the quality and reliability of power supply to consumers through a financially sustainable and operationally efficient distribution sector. The goal is to reduce the AT&C losses across India to 12-15 percent and eliminate the gap between the average cost of supply and the aggregate revenue requirement by 2024-25.

The state discoms will be able to access funds allocated for this scheme for addressing the infrastructure constraints in the power distribution system and for its further augmentation.

Key Features of the Scheme:

The Scheme has two parts: Part ‘A’ – financial support for upgradation of the distribution infrastructure and prepaid smart metering and system metering and Part ‘B’ – training and capacity building and other enabling and supporting activities.

All state-owned distribution companies and state/UT power departments excluding private sector companies will be eligible for financial assistance under the revamped scheme.

The program would include the Integrated Power Development Scheme (IPDS), Deendayal Upadhyaya Gram Jyoti Yojana (DDUGJY), and the Prime Minister’s Development Package (PMDP)- 2015 for Jammu & Kashmir, and the savings of the gross budgetary support of roughly INR 170 billion (~USD 2.28 billion).

Power Minister R.K. Singh had chaired a review meeting with CMDs/MDs of discoms of all States/UTs. In the meeting, he asserted, while speaking on a major technological push by the discoms, that the Scheme envisages extensive use of Artificial Intelligence and information technology for the modernization of the power distribution infrastructure for loss reduction and for improvement in quality and reliability of power supply.

In a report titled ‘Turning Around the Power Distribution Sector’, co-authored by NITI Aayog, RMI and RMI India, Amitabh Kant, CEO, NITI Aayog said, “We will not be able to achieve a high-growth, low-carbon economy unless the distribution sector achieves profitability. The solution to this problem will include smart meters and smart grids, but the most important solutions might lie in institutional smartness – whether in power procurement, in ensuring high-quality regulation, or in encouraging private participation in distribution”.

Future Ahead for the Wire & Cable Industry

The push for the development of the power transmission and distribution system in the country has led and will continue to lead to the adoption and installation of superior quality equipment and systems. The demanding environments these systems are exposed to necessitate the use of sophisticated wires and cables.

As we are ushering into a new era of growing power transmission infrastructure, it is going to be an affirmative influence for the further growth of the wire & cable sector. Presently, there are a number of initiatives and projects announced by the government to boost the power sector in the country.

In view of the extensive applications of wires and cables in the power sector and the growing focus of the government to enhance its investment in the same, the overall environment is conducive for the cable and wire industry.

Progress made under the ‘Deendayal Upadhyaya Gram Jyoti Yojana’ and the ‘Integrated Power Development Scheme’: 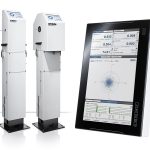 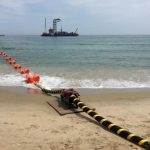 Facebook and Telcos to Extend Subsea Cable to Four Countries