The growth prospects of the steel wire industry depend on the fortune of the primary steel industry which looks quite promising. Over the years, steel has contributed immensely to the development of the Indian economy. The sector contributes around 2 percent of the country’s GDP and employs around 25 lakh people as per the statistics released by the Ministry of Steel.

Prime Minister Modi has announced a target to make India a USD 5 trillion economy by 2024-25 and infrastructure development is set to play a crucial role in this journey. A special economic and comprehensive package of Rs 20 lakh crores was announced under Aatmanirbhar Bharat giving special stress on the infrastructure sector. From roads and railways to housing and pipelines, every sector is witnessing infrastructure creation at an unprecedented pace which augurs well for the steel wire sector. Moreover, the country is set to witness an uptrend in demand for steel led by thrust on domestic production in aviation, defence, and automotive sectors.

The announcements in Budget for the Financial Year 2021-22 which includes Capex allotment of INR 1,07,100 crore for Railways, INR 2,87,000 crore outlay for Jal Jeevan Mission, construction of roads under Bharatmala Pariyojana project, Swachh Bharat Mission 2.0, Scheme for Mega Textile Parks will certainly result in an increased demand for steel.

Talking about the demand drivers, Mr. Mrinmoy Sarkar, Managing Director, Miki Steel Works Pvt. Ltd. says, “The per capita steel consumption will be enhanced markedly for better connectivity within a short time with the development of high-speed trains like bullet trains along with Metro railways in Tier 2 and Tier 3 cities, apart from the defence item manufacturing.”

The Government has approved a Production-Linked Incentive (PLI) Scheme for Specialty Steel with a 5-year budgetary outlay of INR 6,322 crore. Besides boosting domestic production of steel, the PLI scheme is expected to attract potential investors, generate employment, entice the existing companies to add capacities and promote technology up-gradation in the sector. The scheme shall be applicable for five indicative product categories which include steel wires and electrical steel.

In FY21, the production of crude steel and finished steel stood at 102.49 MT and 94.66 MT, respectively. According to CARE Ratings, crude steel production is expected to reach 112-114 million tonnes with an increase of 8-9 percent YoY in FY22.

Talking about the future of the sector, Mr. Sunil Chordia, Chairman & Managing Director of Rajratan Group says, “The present scenario of the Indian steel industry is seemingly quite favourable and promising which can be attributed to various factors. Due to the change in the China policy, people are considering an alternative to Chinese products and India ranks as a top consideration as an alternative to Chinese supplies. Thus, the country has a huge potential of supplying value-added steel items to the global market.”

Meanwhile, the latest report by MarketsandMarkets forecasts the global steel wire market size to grow from USD 93.1 billion in 2020 to USD 124.7 billion by 2025, at a CAGR of 6.0 percent. 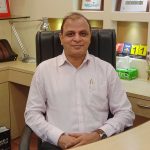 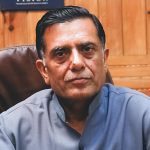