“In the last decade, our business was largely focused on state transmission utilities. Going forward, we expect to expand our focus to include distribution utilities, private grid operators and other commercial entities. Fundamentally, India remains a very important market for CTC Global.” – Mr. Hitesh Mundhada

Wire & Cable India: Since its commercial introduction in 2005, CTC has shipped well over 100,000 km of ACCC® Conductors to over 800 project sites in 60 countries, which is a commendable accomplishment. Could you please define the factors playing a significant role in the company’s consistent growth?

Hitesh Mundhada: Initially, CTC Global developed the ACCC® Conductor to increase the capacity of existing corridors to alleviate grid congestion — primarily through reconductoring. Over the years, more than 250 major utilities have discovered that the ACCC® Conductor offers other benefits that also serve to improve reliability and resilience — even on new lines. While it takes time to earn the confidence of each utility, once they understand the technology, they generally begin to apply it more and more. We currently have 59 installations underway and more than 80 additional projects with scheduled start dates in the next few months. The ACCC® Conductor’s improved efficiency has also captured the attention of multilateral banks that are funding ACCC® projects not only to deliver more power to support economic development but also as a means of reducing greenhouse gas emissions. As you may know, the ACCC® Conductor is capable of reducing line losses by 25 to 40% or more. Reduced losses serve to reduce fuel consumption and associated GHG emissions. Our 36 authorized manufacturing partners are also playing an important role in the growing adoption of ACCC® Conductor.

WCI: In March this year, CTC Global launched the ACCC InfoCore™ System as a key advancement in conductor technology and with the aim of testing of ACCC® Conductors. What has been the progress in this regard in terms of its commercial deployment in different utilities around the world?

HM: Following the commercialization of the ACCC® ULS Conductor which increased the conductor’s core strength from 310 to 375 ksi, and the introduction of ACCC® AZR Conductor, which uses an aluminum-zirconium alloy to increase resistance to extreme wind and ice loads, CTC developed, tested, and commercialized the ACCC InfoCore™ System. The ACCC InfoCore™ System uses optical fibre and other technologies that can be used to detect damage to the composite core caused by equipment failure or installation mishap. While the use of the InfoCore System is not mandatory for every project, it can help ensure that the installation was completed successfully. This is an important step forward and is also serving as a foundation for more technical advancements to help build a more robust, reliable, and resilient grid — at virtually no cost to our utility customers or the general public. The first full-scale commercial deployment of the ACCC InfoCore™ System was completed for Elia, on the upgrade of a 150 kV line near Mons, Belgium to serve an important new data center.

The first full-scale commercial deployment of the ACCC InfoCore™ System was completed for Elia, on the upgrade of a 150 kV line near Mons, Belgium to serve an important new data center.

WCI: How do you view your prospects in the Indian market and the overview of the Indian transmission and power distribution grid network? What are your plans for expansion with regard to newer projects in different regions in the country?

HM: We are very pleased that the ACCC® Conductor has been selected by 20 state transmission utilities in India for upgradation of their transmission network ranging from 66 to 220 kV. In the last decade with the support of our authorized manufacturing partners, ACCC® Conductor deployments have expanded to 23 states of India through over 150 projects.

According to the data released by the Ministry of Power, India’s per capita consumption of electricity is 1181 kWh (as of 2018-19) which is barely one-third of the global average. India needs to increase its per capita energy consumption to increase its per capita GDP. We expect this to drive huge investments in T&D infrastructure across India which in turn would unlock upgrade/uprate opportunities for CTC Global, our manufacturing partners and our Utility customers.

In the last decade, our business was largely focused on state transmission utilities. Going forward, we expect to expand our focus to include distribution utilities, private grid operators and other commercial entities. Fundamentally, India remains a very important market for CTC Global.

HM: In 2014, India’s capital city experienced several major power outages. As a result, the strengthening of intrastate transmission and distribution systems was given the highest priority by the Central and Delhi governments. The ambitious plans for system improvement for stable and reliable supply for Delhi included the upgradation of 220 kV lines with HTLS conductors. Since then, DTL upgraded 214 circuit kilometers of their 220 kV lines with ACCC® Conductor thereby improving the capacity, efficiency, and reliability of their network. Their most recent ACCC® Conductor upgrade was the 220 kV Gopalpur- Mandola line. Today, more than 30% of DTL’s overhead EHV network is operating with ACCC® Conductor.

DTL’s timely intervention to upgrade its network with efficient conductors is nothing short of an awesome achievement. This is inspiring transmission utilities around the globe to build more robust, resilient, and efficient transmission networks to help meet the energy requirements of bustling cities like Delhi.

WCI: While the ACCC® Conductor is deployed to increase the capacity and reduce thermal sag on highly congested transmission lines, it is also capable to help meet emission reduction initiatives of different transmission and distribution utilities. Please elaborate on this assertion and the ways through which you leverage the line loss reductions, reliability, and enhance efficiency?

The ACCC® Conductor’s improved efficiency was independently verified by SCS Global Services, a third-party lab that focuses on environmental issues. With T&D line losses in India well over 20%, these aspects offer huge advantages. The ACCC® conductor is easy to install, ideally suited for industrial, agricultural, and other corrosive environments and can handle very long spans due to its greater strength, and resistance to vibration and cyclic load fatigue.

We are very pleased that the ACCC® Conductor has been selected by 20 state transmission utilities in India for upgradation of their transmission network ranging from 66 to 220 kV.

WCI: Rapid industrialization and urbanization have resulted in increased power demand, putting additional pressure on power transmission networks. Why do you think upgrading/uprating the existing infrastructure should be preferred? What are the challenges and the benefits of reconductoring to upgrade the transmission lines?

HM: Upgrading/uprating transmission lines offer several important advantages. While reconductoring an existing line with ACCC® Conductor, for instance, can double the capacity of existing corridors, and, in many instances, avoid the need to build new corridors, it can also save a tremendous amount of time and money replacing or rebuilding existing structures.

The ACCC® Conductor’s ability to reduce line losses under any load condition also serves, as mentioned previously, to reduce fuel consumption and associated emissions while freeing-up generation capacity that is otherwise wasted. Additionally, did you know that typical thermal power plants use anywhere from 10,000 to 60,000 gallons of clean water per Megawatt Hour generated as they convert water to steam to run their turbine generators? It’s true. Reducing line losses also saves a huge amount of clean/filtered water.

Perhaps the most important aspect of increasing the capacity of existing (or new) transmission and distribution lines is the social benefit. We use electricity to pump water to grow crops, to light our homes and businesses; to power our cities and industry – which in turn creates jobs. In this modern age – in a global economy, without access to affordable and reliable electricity, we cannot build a healthy economy or compete on an international level. This is a key issue and CTC Global is very happy to offer part of the solution.

WCI: What is the presence of the company in the EHV Transmission Lines across the world?

HM: Approximately one-third of all ACCC® Conductor deployed has been on projects in the 345 kV or higher range. CTC Global currently serves over 250 utilities in 60 countries, many of which operate EHV and UHV transmission lines. Some examples include a 386 circuit kilometer 345 kV reconductor project undertaken by American Electric Power in the US. This reconductoring project, which got completed while the line remained energized – served to double line capacity and reduced line losses by 300,000 MWh per year. This has also reduced CO2 emissions by ~200,000 metric tons per year – the equivalent of removing 34,000 cars from the road. It also saved more than 3.6 billion gallons of water per year, which is a very substantial advantage in a very arid region. Several other similar projects have been completed throughout Europe, Indonesia, and Bangladesh, to name a few. Specifically, the ACCC® Conductor was selected for the 500 kV Suralaya-Balaraja Line in Indonesia; the 400kV Patuakhali (Payra) – Gopalganj Transmission Line in Bangladesh; and as the critical ground line from the DC neutral busbar at the Guqiuan 1100 kV DC/AC Converter Station on the world’s longest (3,300 kilometers) Direct Current Zhundong – Huainan transmission line in China.

WCI: What are your growth plans for the coming years?

HM: CTC Global will continue to serve its customers as they work to build a more robust and efficient transmission and distribution system. We will continue to communicate with potential new customers and help educate young engineers and linemen. We will also continue to advance conductor technology that we believe will ultimately displace 100-year-old ACSR conductors. 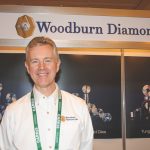 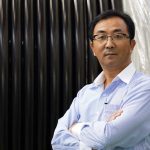