On assessing the implementation of the Bharat broadband scheme in the rural areas of Jammu & Kashmir, it came to light that 408 gram panchayats and 14 block headquarters have been equipped with internet connection through optical fibre cable (OFC) and 658 gram panchayats are VSAT-enabled.

Within the BharatNet Broadband Scheme (BSS), the administration of Jammu & Kashmir is going to roll out e-governance at the grass-root level with the provision of high-speed internet connectivity to 3,195 additional gram panchayats, according to officials.

J&K Chief Secretary Arun Kumar Mehta conducted a meeting to review the implementation of projects related to the Tawi River front development and the BharatNet scheme in the Indian state, a release said.

Also, the Chief Secretary instructed the Planning Development & Monitoring Department to ascertain the functionality and efficiency of the internet facilities which has been established in 1081 gram panchayats by holding interactions with the officers through video conferences or google meet. 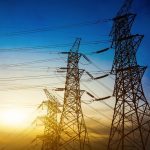 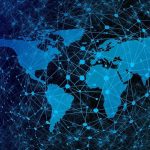